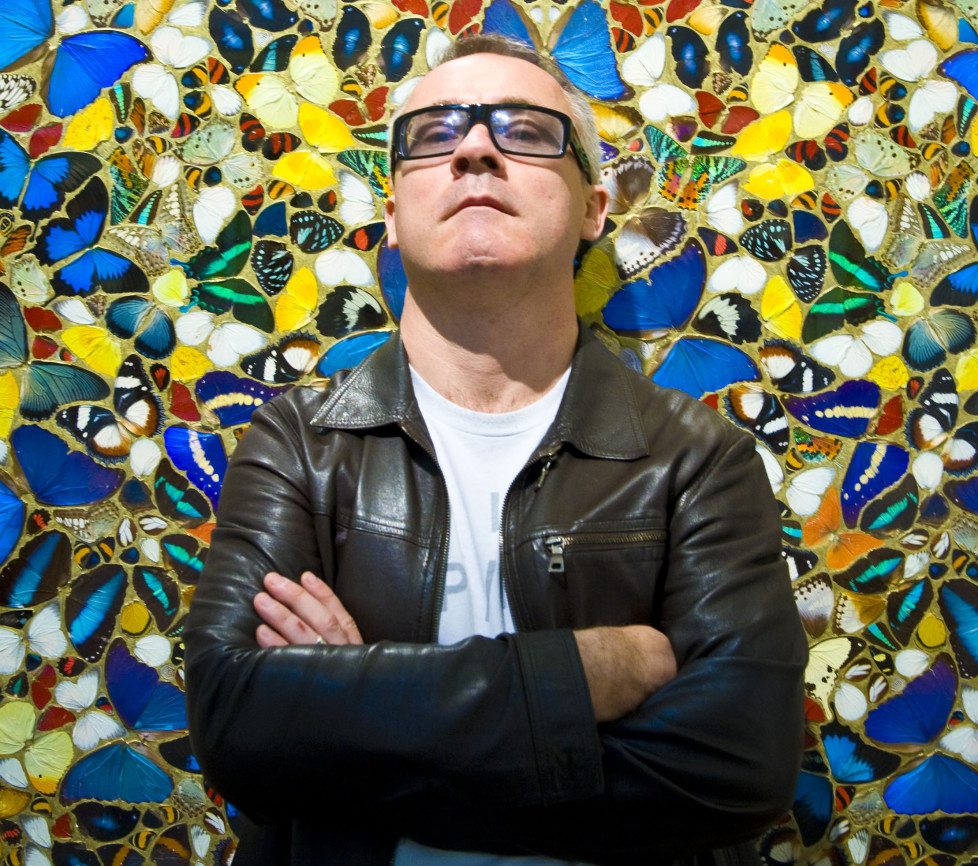 Damien Hirst, in full Damien Steven Hirst, (born June 7, 1965, Bristol, England), British assemblagist, painter, and conceptual artist whose deliberately provocative art addresses vanitas and beauty, death and rebirth, and medicine, technology, and mortality. Considered an enfant terrible of the 1990s art world, Hirst presented dead animals in formaldehyde as art. Like the French artist Marcel Duchamp, Hirst employed ready-made objects to shocking effect, and in the process he questioned the very nature of art. In 1995 he won Tate Britain’s Turner Prize, Great Britain’s premier award for contemporary art.Hirst grew up in Leeds and moved to London in the early 1980s. He began his artistic life as a painter and assemblagist. From 1986 to 1989 he attended Goldsmiths College in London, and during this time he curated an influential student show, “Freeze,” which was attended by the British advertising mogul and art collector Charles Saatchi. The exhibition showcased the work of a group of Hirst’s classmates who later became known as the successful Young British Artists (YBAs) of the 1990s. Hirst’s reputation as both an artist and a provocateur quickly soared. His displays of animals in formaldehyde and his installations complete with live maggots and butterflies were seen as reflections on mortality and the human unwillingness to confront it. Most of his works were given elaborate titles that underscored his general preoccupation with mortality.Hirst’s later work included paintings made by spin machines, enlarged ashtrays filled with cigarette butts, monumental anatomical models of the human torso, medicine cabinets filled with pharmaceuticals, other curiosity cabinets filled with found objects, and a diamond-studded platinum-cast human skull entitled For the Love of God, probably the most expensive work of art ever made. His references to other artistic movements and artists were many. The common format of massive vitrines, for example, relied on the precedent of minimalism, while his use of found materials and assistants in making works linked him to other artists of the era, such as the American Jeff Koons, who purposefully demystified the role of the artist’s hand.Never one to follow the rules, Hirst made headlines (and a fortune) in 2008 when he, rather than selling through a gallery as is customary, put up a selection of his work at auction and reaped more than $200 million dollars. During the 2017 Venice Biennale, he concurrently held his own solo exhibition, “Treasures from the Wreck of the Unbelievable,” in two venues. The monumental installation featured sculptures and other objects presented as the remains from a fictional 2,000-year-old shipwreck off the coast of Africa.Hirst’s art was shown in numerous solo and group exhibitions, including major retrospectives at the Museo Archeologico Nazionale in Naples (2004) and Tate Modern (2012) in London. He also wrote books, designed restaurants, collaborated on pop music projects, and experimented with film.