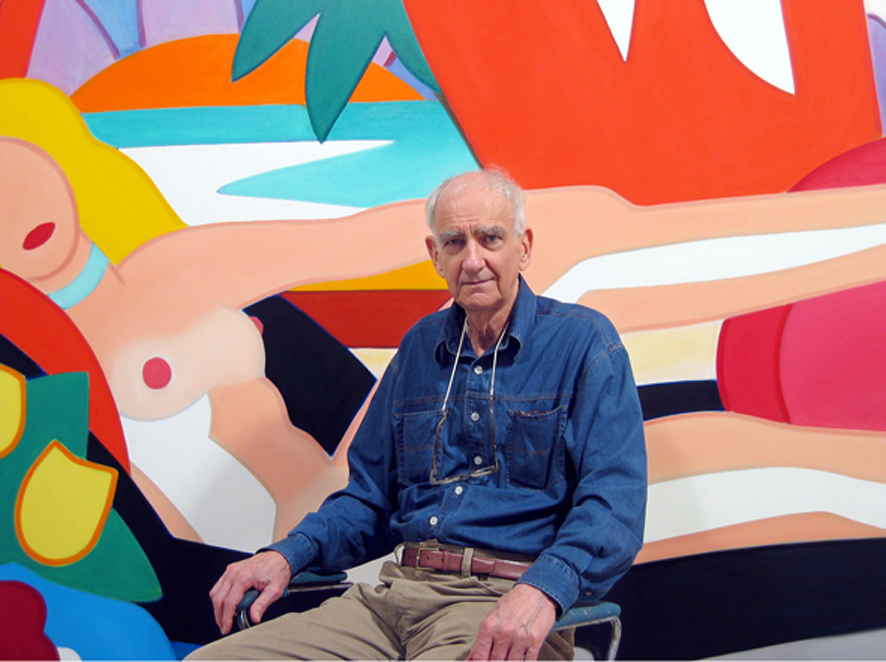 From the sixties to today Wesselmann has stayed faithful to that its “line”, but with interesting variations. He became famous in the Seventies with the series of ” Still Life ”, still lifes typically American built, always in flat backgrounds and juxtapositions of color, on the basis of common objects of American life: beer boxes, radios, bottles beverage, cigarette packets, fake facades of buildings: all taken (if we may say so) from giant billboards advertising road. Often the images are applied as a collage on frameworks. These works, with respect to the ” Big nudes ”, more cold, deliberately impersonal, yet brilliant, vibrant, examples of an artistic interpretation of the popular American consumerism. Then came the ” Smokers ”, gigantic female lips from which hang lighted cigarettes and smoking. Since 1985 the artist use lasers to engrave his designs of aluminum plates cut and polished with colored watermarks. Even in these works, however, Wesselmann retains the direct approach – manual would say – with the image, without ever appearing contrived and sophisticated. Of course long is his bibliography; hundreds are his personal exhibitions; and his fame has run widespread for decades now all over the world.
He died in New York,17 December 2004.